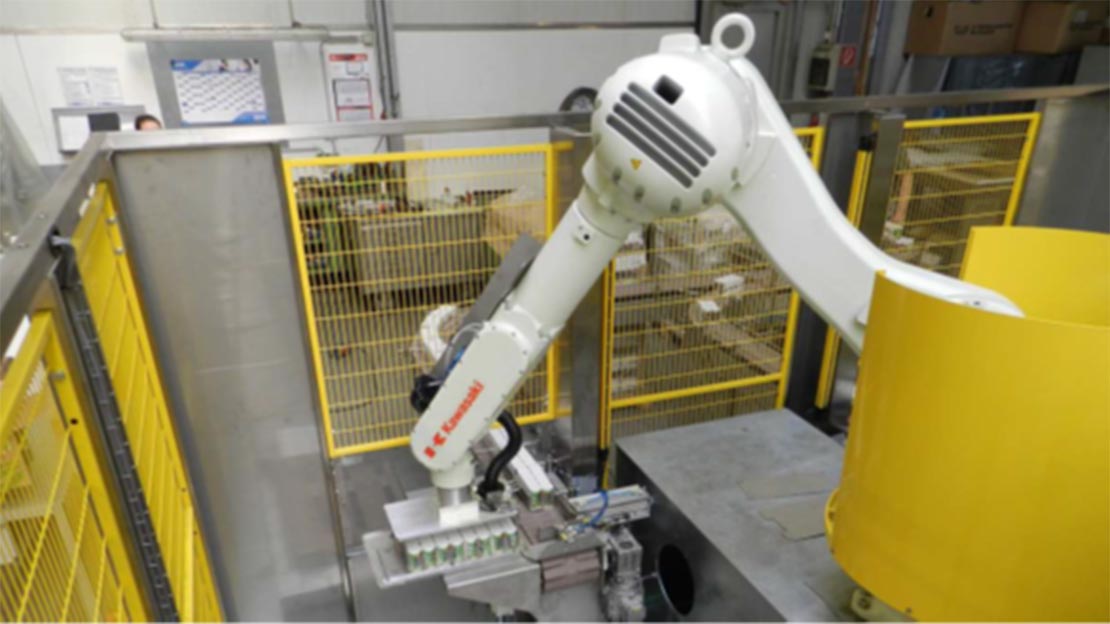 ECOMA Maschinen GmbH supports a German market leader and global producer of spices in the continuous automation of their production and packaging plants. In autumn 2017, ECOMA was commissioned to develop 12 double palletizing cells for the company's largest plant. At the center of each cell: A RD80N robot from Kawasaki Robotics.

For more than 20 years ECOMA Maschinen GmbH in Weyhe-Dreye has specialized in the development of plants, machines and special machines for numerous industries. Especially in the food and petfood sectors, ECOMA has positioned itself as an expert for automated transport and handling systems across all industries - from consulting to engineering. Robots have become an important part of the product and service portfolio of the North German company in recent years: Its own robot laboratory offers sufficient space for demonstrations, tests and analyses. Tailor-made solutions for customers such as Aldi Nord, Vitakraft, Böklunder and Heinen are developed on 1,200 m² of hall space.

Systematic modernization and automation of the packaging plant.

In autumn 2017, ECOMA received an order from a German market leader and global producer of spices to systematically modernize and automate its in-house production and packaging plant - starting with the manual palletizing of products. ECOMA successfully constructed four automated individual palletizing cells based on the Kawasaki RD80N robot. The five axes robot developed by Kawasaki Robotics especially for palletizing tasks carries up to 80 kg and has a reach of up to 2100 mm.

In order to significantly increase the efficiency of the palletizing units, ECOMA was commissioned with the further development of double palletizing cells - with the aim of implementing twelve such cells in the packaging line. The decisive advantage of the new cells: By using two pallets in parallel, no delays occur due to the process-independent loading and unloading of the cell. Thus, the overall capacity of the system is doubled. In addition, two pallets can be loaded with different products in parallel with just one robot if required. With twelve cells, the increased capacity per robot offers a considerably lower investment for the customer.

Automatic sorting and reduction of interruptions

The double cell is not only able to process two product types at once, but also to sort them automatically. The trays, each packed in units of five spice cans, are loaded manually by employees onto the feeding conveyor belt. A barcode reader identifies the product type and automatically feeds it via a slider to the correct conveyor belt - unreadable or incorrect articles are immediately sorted out by the system. The trays are fed to the previously assigned pallet and positioned on a table in groups of four for the gripper of the RD80N robot.

Up to 14 cycles per minute: ECOMA makes good use of optimization potential

The robot is currently running eight cycles per minute. Steffen Siol, head of electrical engineering at ECOMA, sees even more potential for optimization:

We are still looking for ways to improve programming and save valuable seconds - for example by reducing the robot's remaining waiting positions.”

The aim of Siol and his team is to use the installed Multipack palletizing software to process 14 packages or cycles per minute and half of the cell and to expand the trays to eight cans each. A total of 28 packages are to be on the conveyor belt at any one time.

Automation of the packaging line: Next steps already in planning stage

Together with ECOMA, the spice manufacturer is already planning the next steps in automation: After the successful installation of the twelve double palletizing systems, the loading of the cells by Kawasaki robots is also to be fully automated: Where employees used to feed the trays manually, an automatic filling system is to ensure significantly faster and more efficient processes. 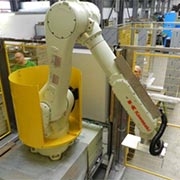 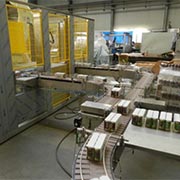 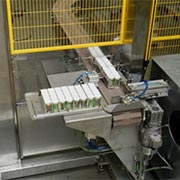